The Arabic alphabet, or Arabic abjad, is the Arabic script as it is codified for writing Arabic. An abjad is a type of writing system in which (in contrast to true alphabets) each symbol or glyph stands for a consonant, in effect leaving it to readers to infer or otherwise supply an appropriate vowel.
< Learn Arabic

Most modern abjads, such as Arabic, Hebrew, Aramaic, and Pahlavi, are "impure" abjads – that is, they also contain symbols for some of the vowel phonemes.

The Arabic script evolved from the Nabataean Aramaic script. It has been used since the 4th century AD, but the earliest document, an inscription in Arabic, Syriac and Greek, dates back to 512 AD.

The Aramaic language has fewer consonants than Arabic, so during the 7th century, new Arabic letters were created by adding dots to existing letters in order to avoid ambiguities. Further diacritics indicating short vowels were introduced but are only generally used to ensure the Qur'an was read aloud without mistakes.

Arabic is written from right to left in a cursive style and includes 28 letters. Many letters look similar but are distinguished from one another by dots above or below their central part. These dots are an integral part of a letter, since they distinguish between letters that represent different sounds.

For example, the Arabic letters ب (b), ت (t) and ث (th) have the same basic shape, but have one dot below, two dots above and three dots above.

The Arabic alphabet is always cursive and letters vary in shape depending on their position within a word. Letters can exhibit up to four distinct forms corresponding to an initial, medial (middle), final, or isolated position. While some letters show considerable variations, others remain almost identical across all four positions.

Users of Arabic usually write long vowels but omit short ones, so readers must utilize their knowledge of the language in order to supply the missing vowels.

However, in the education system and particularly in classes on Arabic grammar these vowels are used since they are crucial to the grammar. An Arabic sentence can have a completely different meaning by a subtle change of the vowels. 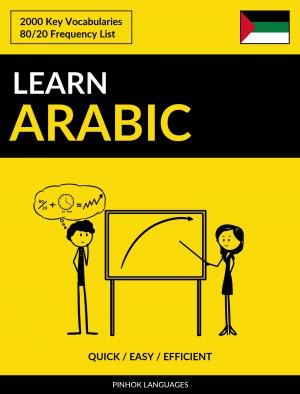 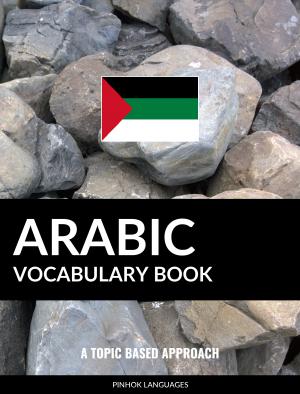