Although not as widespread as English or Spanish, German is still a popular language in high demand around the world. Around 132 million people in the world speak German; 76 million of them are native speakers. Currently, German is the 12th largest language in the world by the total number of speakers. Here are eight reasons why you should learn German.
< Learn German

Knowledge of German increases your career opportunities. Germany is an economic powerhouse, with a lot of important companies in different industries based in this country. If you learn German you will increase your chances of working in a German company, a company that has German partners and contractors or even relocating to Germany for work.

If you achieve a high level of German, you can also find work as a translator, interpreter or German teacher.

German is the official language of two countries: Germany and Austria. In four other countries, it shares the official status with other languages: Belgium, Switzerland, Luxembourg, and Liechtenstein.

However, this does not reflect how widespread the German language is. Large numbers of German speakers can be found in such countries as Namibia (it used to be a German colony), Argentina, USA, Russia, Canada, South Africa – and many others.

Learning German will make travelling to these countries easier and more fun.

German is the second most commonly used scientific language with a great number of research papers published yearly – not all of them get translated.

Germany is the third largest contributor to world scientific research and development and offers research fellowships to scientists from abroad.

If you see your future in the area of science and research, you’d better start learning German.

As was mentioned above, over 130 million people worldwide speak German as their first or as a foreign language. Learning German will allow you to communicate with and get to know many great people, get an insight into their culture and way of life, broadening your horizons.

Even a great translation is never as good as the original. Reading, listening or watching something in German in original will be both fun and good for your self-development.

The German language is a gateway to a world-class higher education. Germany has some of the best universities in the world. In 2011, Germany was the 4th most popular destination for students from abroad with more than 250,000 foreigners enrolled in German schools.

What is more, the tuition fee in some great German universities is very low!

German is among the top ten most common languages on the Internet. Learning German will not only allow you to connect with German-speaking people all over the world. It will also give you access to more information, great sites, important articles and entertainment.

8. The German language itself

German is an amazing language! If you know English, it will be relatively easy to learn as both languages share some similarities. However, it has quite a few peculiarities as well. For instance, all nouns are capitalized in German and rather than using word combinations (a stressful situation), German uses compound nouns (eine Stresssituation), which can get pretty long (Rechtsschutzversicherungsgesellschaften – insurance companies providing legal protection).

All in all, learning German will be a great investment of your time and money. It provides for a better career, educational and travel opportunities, as well as access to a great deal of high-quality information and entertainment. So, what are you waiting for? 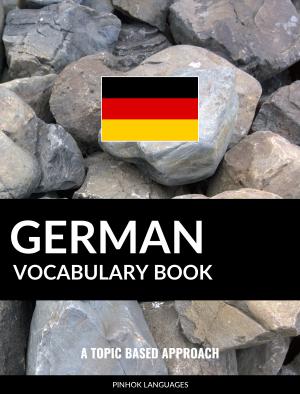 At Pinhok Languages we concentrate on vocabulary acquisition through vocabulary books and flashcards. To provide you with an additional option, we have partnered with germanpod101.com. By clicking on our partner link you can sign up for a free account and start learning using various formats like audio, video, flashcards, articles and even 1:1 teaching.
Learn More