One of the peculiar features of the Greek language is its alphabet. It looks very different from Latin or Cyrillic scripts and can cause some confusion and make mastering Greek a little harder.
< Learn Greek

The Greek alphabet was developed about 1000 BCE, based on the Phoenician's North Semitic alphabet. It contains 24 letters including seven vowels. In fact, Greek was the first alphabetic script in history to have distinct letters for vowels as well as consonants. Originally, all of its letters were capital letters, lower case forms were developed much later than the upper-case ones.

While the Greek alphabet looks different, it is actually the forebear of the Latin and Cyrillic scripts.

In Archaic and early Classical times, the Greek alphabet existed in many different local variants, but, by the end of the fourth century BC, the Euclidean alphabet, with twenty-four letters, ordered from alpha to omega, had become standard and it is this version that is still used to write Greek today.

Apart from its use in writing the Greek language, the Greek alphabet today also serves as a source of technical symbols and labels in many domains of mathematics, science, and other fields.

When the Greeks adopted the Phoenician alphabet, they took over not only the letter shapes and sound values but also the names by which the sequence of the alphabet could be recited and memorized. In Phoenician, each letter name was a word that began with the sound represented by that letter; thus aleph, the word for "ox", was used as the name for the sound made by the letter a, bet, or "house", for the /b/ sound, and so on.

When the letters were adopted by the Greeks, most of the Phoenician names were maintained or modified slightly to fit Greek phonology; thus, aleph, bet, gimel became alpha, beta, gamma.

In both Ancient and Modern Greek, the letters of the Greek alphabet have fairly stable and consistent symbol-to-sound mappings, making the pronunciation of words largely predictable. Ancient Greek spelling was generally near-phonemic.

However, there are still a few things that are irregular or can cause confusion when writing in Greek:

This means that to be able to write correctly in Greek, you must be well acquainted with grammar and have a good memory for your choice of vowels. 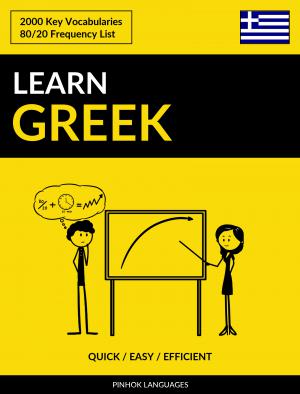 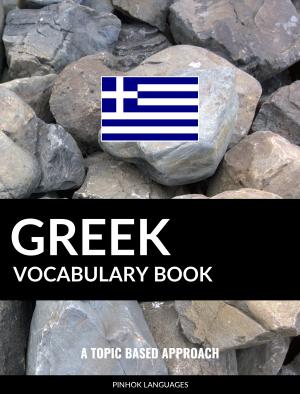 At Pinhok Languages we concentrate on vocabulary acquisition through vocabulary books and flashcards. To provide you with an additional option, we have partnered with greekpod101.com. By clicking on our partner link you can sign up for a free account and start learning using various formats like audio, video, flashcards, articles and even 1:1 teaching.
Learn More