Hungarian grammar seems daunting at first, with the great number of noun cases and other inflections. However, if you take a closer look, you will find that Hungarian grammar is also quite regular and logical, and actually much easier to learn than it seems. This article will give you an overview over the key notions in Hungarian grammar to give you an idea of what you should focus on learning.
< Learn Hungarian

Hungarian is an agglutinative language which means it uses various affixes, mainly suffixes but also some prefixes, to change a word's meaning and its grammatical function.

Hungarian uses vowel harmony to attach suffixes to words. That means that most suffixes have two or three different forms, and the choice between them depends on the vowels of the root or the head word.

Nouns in Hungarian have 18 cases which are formed regularly with suffixes.

Possession is expressed by a possessive suffix on the possessed object, rather than the possessor as in English. For example:

Hungarian nouns are marked for number: singular or plural. However, Hungarian uses the plural form sparsely for nouns, only if quantity is not otherwise marked. Therefore, the plural is not used with numerals or quantity expressions.

With a few important exceptions, Hungarian does not have grammatical gender or a grammatical distinction between animate and inanimate.

Articles are invariable (i.e. not marked for number, case, etc.)

If the noun takes the plural or a case, an attributive adjective is invariable: a piros almák 'the red apples'. However, a predicative adjective agrees with the noun: az almák pirosak 'the apples are red'. Adjectives by themselves can behave as nouns (and so can take case suffixes):

Adverbs in Hungarian can be derived from adjectives as well as verbs.

The suffix -an/-en/-n is used to form adverbs of manner from adjectives. -l, -lag/-leg and -ul/-ül are also used to derive adverbs from some adjectives.

There is also a suffix, -va/-ve, which is used to derive adverbs from verbs. Its nearest English equivalent is the -ing form in a present participle (rather than a noun):

Personal pronouns in Hungarian also have 18 cases (like the nouns), although not all of the forms are used nowadays.

Verbs in Hungarian are conjugated according to two tenses (past and present), three moods (indicative, conditional and imperative subjunctive), two numbers (singular or plural), three persons (first, second and third) and definiteness.

The present tense is unmarked, and the past is formed by using the suffix –t or –tt. Future may be expressed with the present tense (usually with a word defining the time of the event: holnap 'tomorrow') or by using the auxiliary verb fog (similar to the English 'will'), followed by the infinitive.

Verbs have verbal prefixes, which are also known as coverbs. Most of them define the direction of movement: lemegy "goes down", felmegy "goes up". Some verbal prefixes give an aspect to the verb, such as the prefix meg-, which generally marks telicity.

Vowel harmony also plays a major role in verb conjugations. All Hungarian verb conjugations (as well as postpositions and possessive suffixes, for that matter) can be thought of as 'templates' into which vowels are inserted.

Based on the nature of a verb's infinitive, which always ends in '-ni', one can create a generic 'template', which has mostly consonants. The vowels are then inserted into the 'template' according to the rules of vowel harmony, based on the categorization of the vowel in the verb root (front, back, rounded, unrounded).

Neutral Hungarian sentences have a subject–verb–object word order, like English. Hungarian is a null-subject language and so the subject does not have to be explicitly stated. Word order is determined not by syntactic roles but rather by pragmatic factors. Emphasis is placed on the word or phrase immediately before the finite verb.

In Hungarian, postpositions are used instead of prepositions. They perform roughly the same role, but they are placed after the word they modify. For example:

Az auto a ház előtt van - The car is in front of the house.

This is a very brief overview of Hungarian grammar. To truly master it, you will need to study each of the parts of speech in much more detail. However, this overview will hopefully give you a general idea of the Hungarian grammatical system and the main points you should consider when learning. 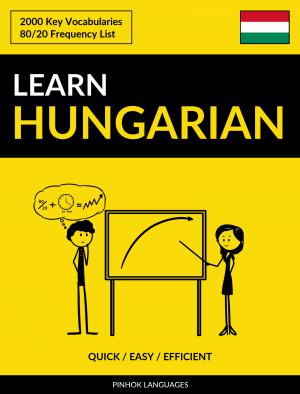 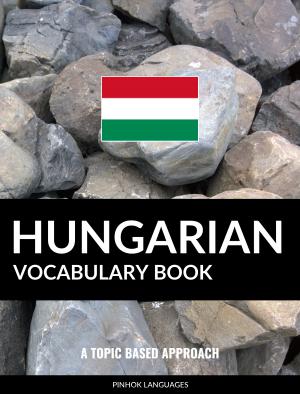