How difficult Romanian grammar will be to you largely depends on your native language. It can be relatively easy to learn for speakers of Indo-European languages, especially Romance languages. It is often listed among the top easiest languages for speakers of English to learn.
< Learn Romanian

However, there still may be several difficulties involved. Overall, Romanian grammar is more conservative in its preservation of Latin grammatical constructs than other Romance languages.

This article is an overview of Romanian grammar and its key points. It will give you some direction in learning and understanding of the general system of the language.

Romanian nouns are characterized by gender (feminine, masculine, and neuter), and declined by number (singular and plural) and case (nominative/accusative, dative/genitive, and vocative). The articles, as well as most adjectives and pronouns, agree in gender, number and case with the noun they modify.

Romanian nouns are categorized into three genders: masculine, feminine, and neuter. The neuter behaves like the masculine in the singular and the feminine in the plural.

Nouns which in their dictionary form end in a consonant or the vowel/semivowel -u are mostly masculine or neuter; if they end in -ă or -a they are usually feminine. In the plural, the ending -i corresponds generally to masculine nouns, whereas feminine and neuter nouns often end in -e. As there are many exceptions to these rules, each noun must be learned together with its gender.

For nouns designating people the grammatical gender can only be masculine or feminine and is strictly determined by the biological sex, no matter the phonetics of the noun. For example, nouns like tată (father) and popă (priest) are masculine as they refer to male people, although phonetically they are similar to typical feminine nouns.

All nouns in our learning material are marked with F, M and N to tell you what gender the noun has, so you can learn each noun together with the corresponding gender.

Romanian has inherited three cases from Latin: nominative/accusative, dative/genitive, and vocative. Morphologically, the nominative and the accusative are identical in nouns; similarly, the genitive and the dative share the same form (these pairs are distinct in the personal pronouns, however).

The vocative is less used as it is normally restricted to nouns designating people or things which are commonly addressed directly. Additionally, nouns in the vocative often borrow the nominative form even when there is a distinct vocative form available.

Romanian is the only Romance language where definite articles are enclitic: that is, attached to the end of the noun (as in Scandinavian, Bulgarian and Albanian), instead of in front (proclitic). They were formed, as in other Romance languages, from the Latin demonstrative pronouns.

When a noun is determined by an adjective, the normal word order is noun + adjective, and the article (definite or indefinite) is appended to the noun. For example, un student bun (a good student).

In Romanian, adverbs usually determine verbs (but could also modify a clause or an entire sentence) by adding a qualitative description to the action. Romanian adverbs are invariant and are identical in shape to the corresponding adjective in its masculine singular form.

The Romanian language has the same types of pronouns as many other languages: personal (eu, tu), possessive (al meu), demonstrative (acesta), reflexive (pe mine), relative and interrogative (cine).

There are a couple of pronoun types specific to Romanian.

The polite pronouns, like dumneata, are a way of addressing someone formally. They are normally used for interaction with strangers, or by children talking to adults whom they don't know well, or to teachers as a sign of respect.

The intensive pronouns, like însumi, and adjectives are used for emphasis.

As in all Romance languages, Romanian verbs are highly inflected for person, number, tense, mood, and voice.

The usual word order in sentences is subject–verb–object (SVO).

Verbs can be put in five moods that are inflected for the person (indicative, conditional/optative, imperative, subjunctive, and presumptive) and four impersonal moods (infinitive, gerund, supine, and participle).

This creates a multitude of forms, making the Romanian verb system a very complex one. Learning it, you will need to pay special attention to all the forms and inflections. However, with due patience and ample practice, you will have no problem mastering it.

The preposition before a noun determines which case the noun must take. No prepositions take nouns in the nominative case.

Examples for Romanian prepositions: pe (on), cu (with), la (at), grație (thanks to), datorită (through, with), impotriva (against).

This is a very brief overview of Romanian grammar. To truly master it, you will need to study each of the parts of speech in much more detail. However, this overview will hopefully give you a general idea of the Romanian grammatical system and of the main points you should consider when learning. 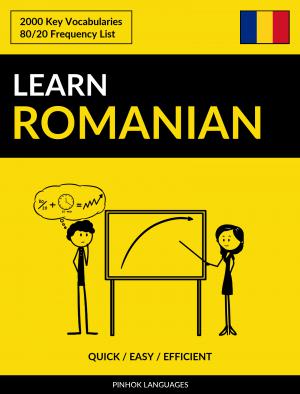 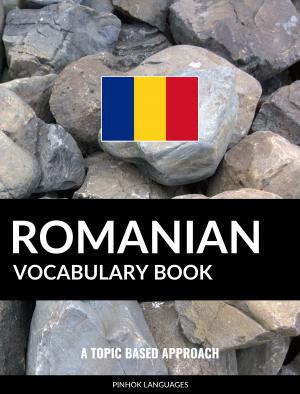