A list of frequently asked questions concerning Spanish and learning Spanish. If you don't find the answer to your question, please get in touch, we're happy to help!
< Learn Spanish

Where is Spanish spoken?

Although not an official language, Spanish is spoken by a significant minority in Andorra, Belize, Gibraltar and the USA. Spanish was once an official language on the Philippines, but nowadays only a small percentage of the population speak the language.

How many people speak Spanish?

Spanish is one of the world’s most wide-spread languages. It is the second most spoken language in the world by the number of native-speakers (460 million) and the fourth by the total number of speakers (534 million). This makes Spanish a truly global language.

What makes Spanish difficult to learn?

Spanish has the reputation for being a simple language to learn. However, there are still some aspects of the language that cause difficulties to many learners. Some of the harder aspects are; verb conjugation (verbs changing their ending depending on the number and person of the subject), the category of gender in nouns and adjectives, punctuation and accents, the subjunctive tense and dropping pronouns in sentences.

Subjective difficulty depends on your native language. If you speak one of the Romance languages (Italian or French, for instance) Spanish will be quite easy to learn. But if you speak a Slavic language like Russian or a language from outside the Indo-European family, Spanish might seem a difficult language to learn.

What is special about Spanish exclamation marks?

What is special about Spanish question marks?

The Spanish language uses inverted question marks. This means that an upside-down question mark comes at the beginning of a sentence, while there is a regular question mark at the end. This helps recognize question immediately, even in longer sentences.

This is important as in Spanish the word order of an affirmative sentence and a question is often absolutely the same. Inverted question marks help questions stand out.

Is Spanish b and v pronunciation the same?

The Spanish “b” and “v” are pronounced exactly alike. These two letters have two different sounds. The "hard" b or v (similar to the English b, but less explosive) is used at the beginning of a sentence, after n or m and sometimes also after d in words such as advertencia (warning). In other cases, the “soft” b or v is used. It is very much similar to the English v, but with the two lips touching instead of the lower lip and upper teeth.

Names of the days of the week and months of the year are not capitalized in the Spanish language.

Spanish capitalizes proper names for people, places, newspapers and magazines; abbreviations of personal titles such as Dr., and Sr., the equivalent of "Mr."; and the first word in the titles of books, plays, movies, and similar works.

Are Spanish and Portuguese similar?

Spanish and Portuguese are both Romance languages – a group of Indo-European languages that that evolved from several dialects of Vulgar Latin. Around the 12th century AD, written records in both languages appeared and since then they have been developing as separate languages.

The two languages have some grammatical and lexical similarities but are quite different phonetically. It is easier for speakers of either language to understand written texts in the other language. Understanding speech is much harder. It is impossible to give an exact number or percentage of how similar the languages are, and individual experiences differ from speaker to speaker.

Are Spanish and Italian similar?

Spanish and Italian are both Romance languages – a group of Indo-European languages that that evolved from several dialects of Vulgar Latin. Apart from Sardinian, it is the closest language to Latin.

The two languages seem to have great lexical similarity, which makes them mutually intelligible to various degrees. Speakers of both languages can often understand each other in simple conversations or understand simple texts in the other language. However, it is impossible to give an exact number or percentage of how similar the languages are, and individual experiences differ from speaker to speaker. 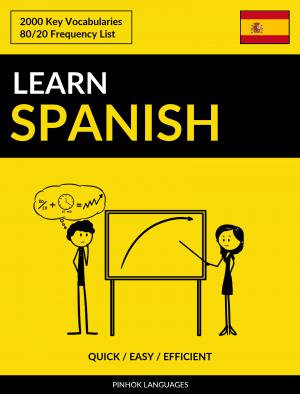 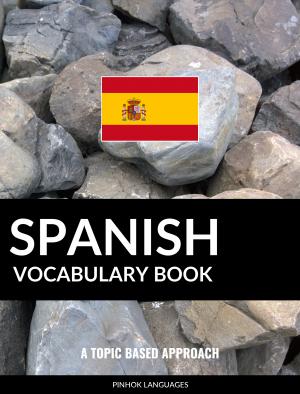 At Pinhok Languages we concentrate on vocabulary acquisition through vocabulary books and flashcards. To provide you with an additional option, we have partnered with spanishpod101.com. By clicking on our partner link you can sign up for a free account and start learning using various formats like audio, video, flashcards, articles and even 1:1 teaching.
Learn More