A list of frequently asked questions concerning Bulgarian and learning Bulgarian. If you don't find the answer to your question, please get in touch, we're happy to help!
< Learn Bulgarian

Where is Bulgarian spoken?

Bulgarian is a South Slavic language spoken in Southeastern Europe, primarily in Bulgaria. Bulgarian speaking communities are also found in many South and Eastern European Countries such as Greece, Serbia, Montenegro, Moldova, Romania, Turkey and the Ukraine. It is also spoken in Canada, Hungary, Israel, and the U.S.

How many people speak Bulgarian?

According to a study of the Bulgarian Academy of Sciences (BAN), around fifteen million people across the world speak the Bulgarian language.

Around 7 million speakers live in Bulgaria, and the other 8 million in Southern and Eastern Europe, as well as other countries around the world, such as, for instance, the US and Canada.

Unfortunately, no estimate of the number of learners of Bulgarian is available.

What makes Bulgarian difficult to learn?

The difficulty of learning Bulgarian depends on your native language: for instance, it will be a bit easier to learn for speakers of other Slavic languages.

Here are a few things that can make learning Bulgarian difficult:

However, there is nothing about Bulgarian that you cannot master through some effort and regular practice.

Is Bulgarian a Slavic language?

Other Slavic languages are: 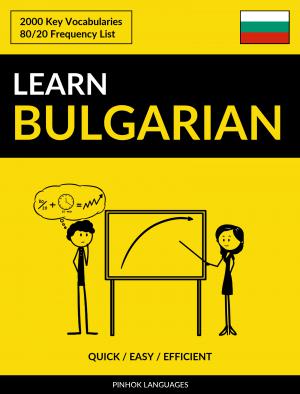 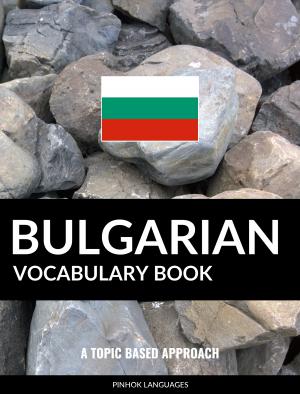 At Pinhok Languages we concentrate on vocabulary acquisition through vocabulary books and flashcards. To provide you with an additional option, we have partnered with bulgarianpod101.com. By clicking on our partner link you can sign up for a free account and start learning using various formats like audio, video, flashcards, articles and even 1:1 teaching.
Learn More