A list of frequently asked questions concerning Turkish and learning Turkish. If you don't find the answer to your question, please get in touch, we're happy to help!
< Learn Turkish

Where is Turkish spoken?

Turkish is the official language of Turkey as well as the self-proclaimed Turkish Republic of Northern Cyprus. Turkish is also spoken by small groups of ethnic Turks in Iraq, Greece, Bulgaria, the Republic of Macedonia, Kosovo, Albania and some other regions of Eastern Europe. Germany, Netherlands, Belgium, Austria, Switzerland, and France have large Turkish immigrant communities, the most populous Turkish community being in Germany. In Azerbaijan and some ex-Soviet republics Turkish is spoken too.

How many people speak Turkish?

With a little over 79 million native speakers, Turkish is the 20th most spoken language in the world. However, not many people speak it as a second language, especially compared to some other languages, - around 380,000.

What makes Turkish difficult to learn?

Depending on your native language, Turkish can present quite a few difficulties. It has a sentence structure different from most Western languages and it uses quite a lot of suffixes and inflections to convey relationships between words in a sentence.

Another peculiarity of Turkish is vowel harmony: this means that words can contain only ‘front vowels’ (e, i, ö or ü) or ‘back vowels’ (a, ı, o or u), and these vowels cannot be mixed.

On the other hand, Turkish is relatively logical and gets much easier as soon as you get used to its peculiarities.

Is Turkish the same as Arabic?

Short answer: it is not. Turkish and Arabic even belong to different language families: the Turkish language originally comes from Central Asia (Altaic), whereas Arabic is a Semitic language, which means its grammar, as well as the core vocabulary, is different.

There are some words in common because the Ottoman Empire included a lot of Arabic speaking countries and there are borrowings - about 10% of Turkish words come from Arabic.

What is the difference between Azeri and Turkish languages?

Historically, Azerbaijani and Turkish speakers have been able to communicate with relative ease. According to some estimates, Turkish and Azeri are about 60% mutually intelligible, even to those with no prior exposure. Grammar and pronunciation are quite similar, although, there are variations, and Turkish and Azeri share a lot of core vocabulary. Speakers of the two languages can communicate and understand each other to an extent. 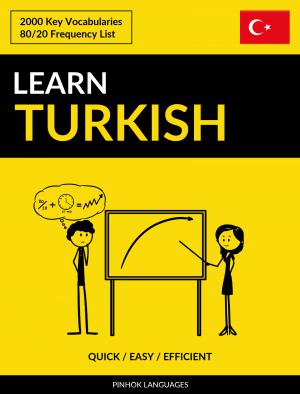 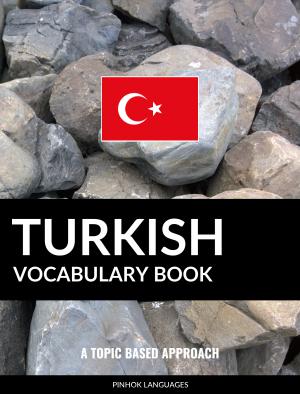 At Pinhok Languages we concentrate on vocabulary acquisition through vocabulary books and flashcards. To provide you with an additional option, we have partnered with turkishclass101.com. By clicking on our partner link you can sign up for a free account and start learning using various formats like audio, video, flashcards, articles and even 1:1 teaching.
Learn More