A list of frequently asked questions concerning Japanese and learning Japanese. If you don't find the answer to your question, please get in touch, we're happy to help!
< Learn Japanese

Where is Japanese spoken?

Japanese is primarily spoken in Japan throughout the Japanese archipelago.

There are also around 1.5 million Japanese immigrants and their descendants living abroad, mainly in North and South America, who have varying degrees of proficiency in Japanese.

Since the mid-20th century, no nation other than Japan has used Japanese as a first or a second language.

How many people speak Japanese?

The population of Japan, where Japanese is the official language, is around 126 million people. There are also around 1.5 million Japanese immigrants and their descendants living abroad with varying degrees of proficiency in Japanese.

Japanese is also popular as a foreign language. There aren’t any exact estimates, but the number of learners is easily in the millions or maybe even in the tens of millions. On Duolingo alone (a popular language learning app), there are almost 7 million Japanese learners.

What makes Japanese difficult to learn?

Japanese is viewed by many as one of the hardest languages to learn. And while the difficulty of learning a language is partly subjective and depends on each individual learner, there are a few things that universally make Japanese difficult to learn.

One of the hardest aspects for many learners is kanji - Japanese hieroglyphs, which are numerous and often quite complex. This is complicated further by some kanji having multiple readings and meanings. Different levels of politeness are quite hard to master as well, although foreigners are usually not expected to know them as well as the Japanese.

Some aspects of the Japanese language may actually be simpler than other languages (no category of gender, few tenses, phonetic pronunciation, etc.), but a lot of things are very nuanced and prone to misinterpretation.

Is Japanese a tonal language?

Unlike Mandarin, Cantonese, Vietnamese, Thai, and some other languages, Japanese is not a tonal language. You do not need to learn different tones for each and every syllable and the tone with which syllables are pronounced does not change their meaning.

Pitch may impact the meaning of some (very few) words, but the general context will allow for clear communication.

Does Japanese have an alphabet?

Japanese has two “alphabets” called hiragana and katakana. The two together are called kana. Unlike, for instance, the English alphabet, each symbol in hiragana or katakana (with just a few exceptions) stands for a syllable, not a separate sound.

The third writing system, kanji, is not really an alphabet or a syllabary. Instead, it represents whole words. The three systems of writing can all be used within one sentence.

Many Asian languages can be written both horizontally and vertically. Japanese is no exception.

Traditionally, Japanese was only written vertically. Most historical documents are written in this style. However, with the introduction of western materials, the alphabet, Arabic numbers, and mathematical formulas, it became less convenient to write things vertically.

Today most school textbooks, except those about Japanese or classical literature, are written horizontally. Most often it is the young people who write this way. Some older people still prefer to write vertically citing that it looks more formal. 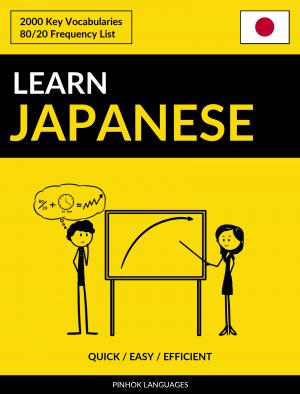 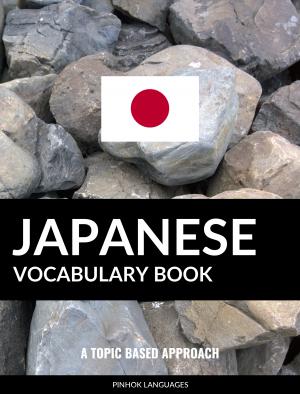